The trail broke new ground for once, and it was a plus that nobody drowned / got lost / knocked down / mugged, or arrested. The lack of excitement caused Flatulence to try and extort a bribe from two recumbent traffic cops, but they only smiled benignly â€“ they probably had sore feet and full pockets. Turkish Delight said that it was long and hard, though it is not clear what she thought about the walk.

Centrefold chose Hitler and Shaggy to be her playmates for the evening. That notorious playboy Bumtitty announced that his playing around had produced a baby daughter: â€“ daughter lookalikes included Banzai (who was wearing a nappy in order to repel mosquitoes) and Twitcher. The RA kicked off his slot by naming and shaming the Latecummers â€“ who this week were Pope on a Rope and Just Alan AHWTK, who had been spotted running down the middle of Ali Hassle Mwinyi shouting â€œHave yer seen the Mzungus?â€ Returnees included Bumtitty (making babies) Centrefold (putting it about in Stockholm) and Night Rider (overdosing on Guinness Malta). The RA thought he would spice up an otherwise ho-hum Circle by asking Hashers about their first sex experience. Huge Heffner claimed his was on his wedding night, which of course was the cue for the bullshit song. The Circle seemed in danger of turning into a BG mutual appreciation society, and at one point it was even suggested that we have a new Hash rule â€“ â€˜when one BG employee drinks, all BG employees drinkâ€™. Any road, one of these Big Gits, Just Alan, was renamed Stubbyâ€™s Bitch, on account of him being a bag-carrier for Salama Stubby. Talking of whom â€“ he got the Hashit, for being the Biggest Git on the block. The Circle ended with SLSC but there was some cracking food to followâ€¦... 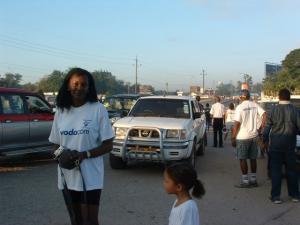 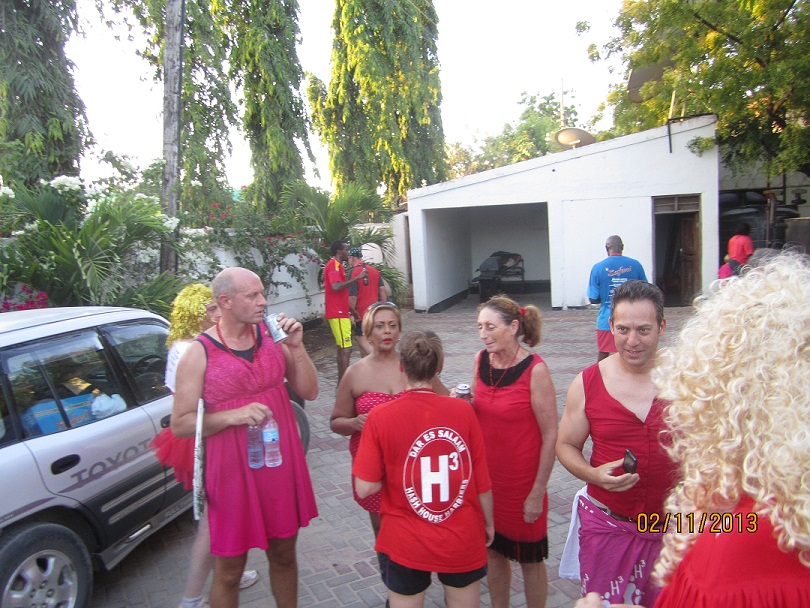