Well how spoilt are we on the Peninsula, and what a treat for those that dared for a bit of excitement, so many pretty virgins and more than enough eligible blokes, even our MILFs (madam indulgent liquid facilitators) missed out. It must be a rumour that Karikoo is dangerous. On that note valuables were etched indelible ink, photographed, stamped (sorry that was just gadgets watch when it fell on the floor) locked down and placed into fort Knoxâ€™s aka fuk-knows.

Everyone arrived back safe and sound in the dark, however maybe not all in good spirits.

Rotosserie said the run was extremely challenging, confusing and interesting, Bad Luck Bitch noted the walk to be fantastic, which triggered the usual sounds like bull sh*t to me which was a smell noted many times on the walk.

Next was Rock Climbers turning to tell us about the hash (5 daysâ€™ time) and duh he nearly forgot the biggest event of the hash colander, a deserve-ed double down down.

A DRINK WAS TAKEN BY ALL IN HONOUR OF A RESENTLY DECEASED HASHER JACK TAR, we are still getting messages from ex Dar hashers who knew him.

RA Shaggy Haggis took to the circle and had noticed that Bagobones our scribe was very distressed, investigations later indicated the reason was not down to the lack of security and safety but rather the fact of being offered so much sex, so many drugs and most shocking having been offered many phones and bunches of keys that included his own, he will recover on his short break to Thailand

Strap-on, the other hasher who recently ran in Boston had come double prepared, firstly she was dressed for seriously bad weather (or the assumption that a layer of clothes would be stolen), secondly she also left her expensive hair wig at home (sheâ€™s not joking about this mop when beer get poured all over it) Gadget downed a beer for a serious lack of paper and co- host Deepinme for not holding checks. They were joined by some late payers Sir lance-a-slut and Fat shafted look-a-like Flatty.

Comical or Kamikaze the phrase â€œMa Chinaâ€ was heard many times directed at Banzai has he sprinted through the market, he obviously does not guarantee anything or the chant would have been â€œMa Japaniâ€ which leads to the next offence IGadget was looking like an Asian tourist snapping pictures of everyone, however he did not heed his own advice to leave such items behind, at poo pongy bridge Rotisserie was cheered and thought to be the new International signing of the YANGA FOOTY TEAM, get a hash t shirt and grow your hair long. Then Nurse Ratchet was noted talking during the afore mentioned details, to which she replied she wanted Wounded Knee to book the venue for Valentines next year. By this time Sir lance-a-slut had become a permanent fixture of the circle, will he ever talk sense.

It was very nice to see Just Justin Hoon back in Dar and Bad Luck Bitch thanks for the safe car parking venue.

Virgins: Noted with a very happy cry from Nurse Ratchet she must have a thing for virgin men, well after all she is a teacher !!!!!!!

Catherine from the USA, Elena also USA or maybe Sweden and Sara from Italy who is still seeking a favourite FSP, that will draw more hashers next week.

Circle ended with the traditional SLSC and onto the food 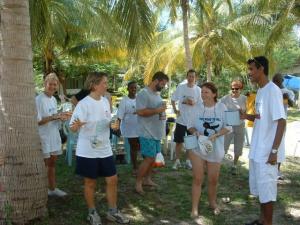 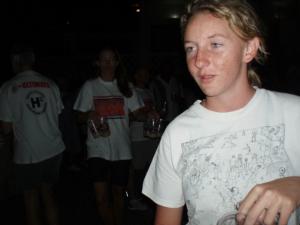